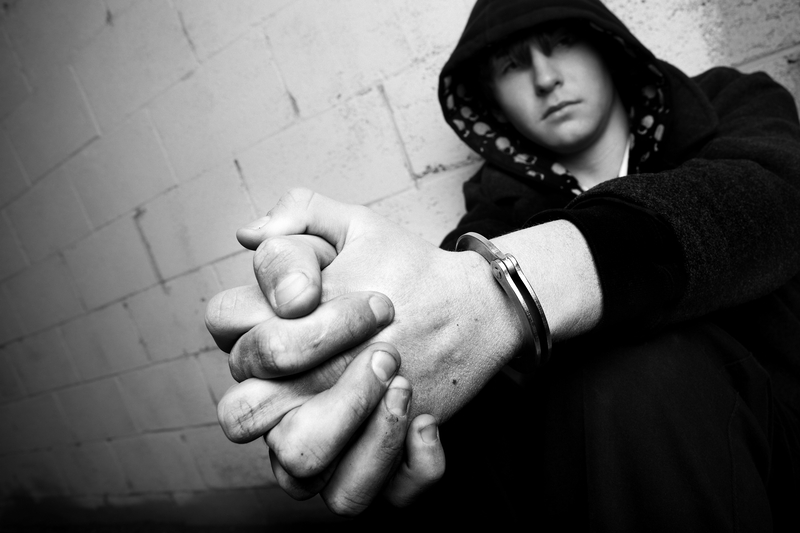 As a parent of teenagers, you worry about a variety of situations once they start going out alone with their friends.Getting that dreaded call from your son or daughter that he or she has been arrested can create an emotional tailspin. It is understandable for you to feel a multitude of emotions following this shocking news. You’ll feel angry, upset, scared and even disappointed but take a deep breath.

Your first reaction will probably be to yell at your kid but don’t. Now is the time to keep your cool and help your teenager. Asking for an explanation may cause your child to accidentally incriminate themselves. As long as there is no legal representation, advise your teen to stay quiet and you will do your best to help them. Once he or she is home you can drill your kid for the whole story.

My Son or Daughter is in Custody – What Should I Ask?

Find out which arresting agency brought him or her in and which facility they are being held at. Most likely they are at a juvenile facility. Ask what if they know what the formal charges are that they are being held for. This information is necessary to get their release processed quickly if you opt to contact a bail bond company.

Once you have the necessary information from your child and a form of payment in hand, contact the bond agent. You’ll be responsible for paying the 10% fee directly to the bail bond agency before they begin processing your teen’s release.

Just like adults who have been arrested, minors will go in front of a judge for a bail hearing. Before deciding on whether or not your son or daughter is eligible for bail, the judge will take a few things into consideration.

More than likely, your minor child will be granted release from custody. Your bail bondsman may be able to get your teenager released before the bail hearing even takes place.

Have an Honest Conversation with Your Teen Once Released

Once your child is back home, you need to have a serious talk with him or her. Ask your teen to explain how they ended up in this situation, who they were with and where they were at the time of the arrest. It’s important that your kid understand the seriousness of their actions.

Remain calm. Your son or daughter may not open up if they feel like you just want to yell and assign blame or punishment. You can express your disappointment but giving him or her a guilt trip will not make them feel like chatting. If your kid won’t open up, it may help to have an adult they feel comfortable with take over the questioning or have him or her speak with a counselor. Be sure you clearly explain what happens next and that they understand there may be punishment from the court.

Parents: If you feel your child is repeatedly participating in dangerous behaviors or involved with drugs or alcohol, seek help immediately. Getting them the help they need is crucial and it may help their case if the court knows they are being proactive and taking responsibility for their choices.

Parental Responsibilities When Your Child Is Arrested

Even normally well-behaved kids may participate in dangerous or stupid things and get caught. Sometimes, kids are just in the wrong place at the wrong time. Your child may have acted way out of character but now is not the time to scold him or insist to the officers that your teenager is an absolute angel. Kids make mistakes, it happens. The police, judges and bail bond agents see it all the time.

Resist the temptation to attempt helping by playing lawyer. You’ve contacted a bail bond agency so allow them the time to process your son or daughter’s release from jail or the juvenile center. Most bail bondsmen have experience with getting kids out of jail and dealing with stressed out parents. Listen to your agent and then make sure your child attends all scheduled court hearings so they don’t cause you and themselves more financial and legal trouble.