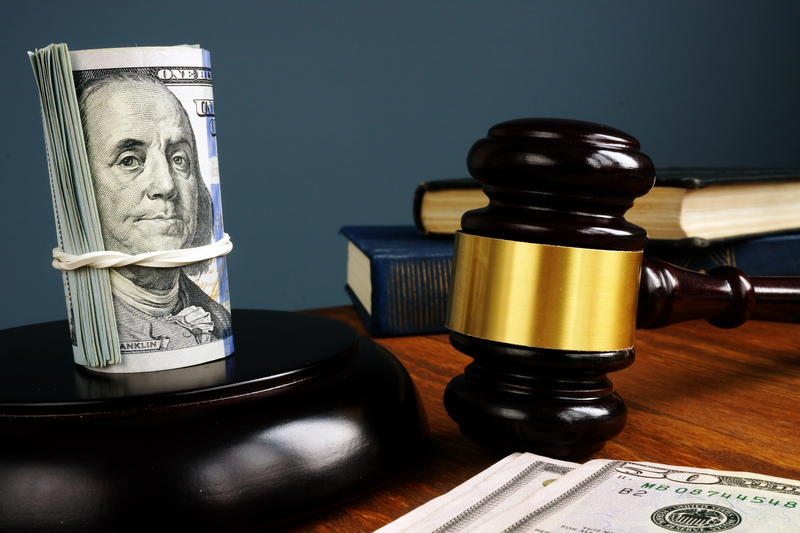 Bail is money paid to the court to secure the release of someone accused of a crime and arrested. Your bail can be paid by anyone including family, friends or a bondsperson. If a bondsman pays your bail, you now have what is called a bond which is supposed to guarantee your presence in court. Whichever option you choose, you still must attend your scheduled hearing regarding the crime or crimes you were arrested for otherwise an arrest warrant will be issued.

Will I Get My Bail Cash Back?

That depends on who you paid your money to and what the outcome of your case is. If you paid the court directly, you have to wait until the hearing is over to find out if you’ll get your bail money returned. If you paid a premium (which is only a percentage of the bail amount) to a bondsman, that is their fee for putting up the full amount of your bail. That is a non-refundable, non-returnable payment.

Is Your Court Case Still Pending?

If you or someone else paid your bail directly to the court, you may get money back depending on the outcome of your court case. If your case is still pending, you have to wait until it’s completed. Once the case has been heard, you’ll know then if a full or partial refund is due if charges were dropped or you were found not guilty.

My Bail Was Paid By A Bondsman

The use of a bail bond company is a great option if you or someone you know has been arrested but can’t afford bail. In order to secure your release (or theirs), the bond company will require a fee paid upfront. It’s typically 10% of the full bail amount. Once that is paid, the bondsman can pay the bail and process your release or that of someone else. Money paid to the bond agent is payment for their services and is non-refundable and any refunded bail money goes back to them.

I Paid Someone Else’s Bail, Will I Get My Money Back?

If you posted bail for someone else, getting your money back may be difficult. If charges are dropped, you could tell their lawyer that it was you who paid to avoid having the defendant’s court costs taken out of it. Obviously, this can’t be guaranteed because what happens to the money is ultimately up to the court system. Also, there is no guarantee that the defendant will hand over any refund they receive from the court.

It is also important to understand that if you paid someone’s bond, that money is gone. It won’t be applied to court fees nor will it be returned, its money paid to the bonding company for their services. At this point, any repayment of what you’ve spent is a personal matter between you and the accused.

What Are My Bail Options?

Go ahead and pay the full bail amount if you are feeling lucky that you will beat the charges and get your money back. However, if you’re short on cash or need to get out of jail fast, contacting an experienced bondsman is the way to go. You’ll only be responsible for about ten percent of the bail amount. Your release is most likely to be processed faster because a bond company can get you out before you even see the judge. And, if you pay to cover someone else’s bond fee and they don’t pay you back, you’re only out a small percentage of the actual amount.