THE BAIL PROCESS IN FLORIDA

After submitting payment, the court holds the bail amount, in either the cash or bond form, without interest, until the court case is complete. When the judge makes a final ruling, the bail amount will be returned to the depositor. This process can sometimes take months or even years. However, if the accused misses a required court date, the bail is forfeited and the court keeps it.

NOTE: It is not uncommon for the Courts to impose a surety bond plus SOR. 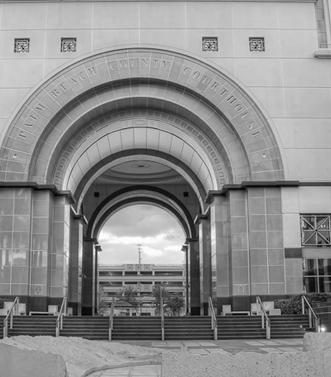 Bail is a method to get the defendant home during the trial proceedings. By posting bail, you secure the release of the accused. There are typically two factors the judge considers before setting bail. Is the defendant a danger to the community? What is the likelihood the defendant will flee? If the judge feels you meet the requirements set by the courts, you will be granted bail.

BAIL CAN BE REDUCED BUT MUST DEMONSTRATE THE FOLLOWING:

The defendant presents no likelihood to flee usually by presenting the following factors:

Member of Religious or Civic Organizations

WHETHER YOU SIMPLY FAILED TO APPEAR FOR A TRAFFIC TICKET OR IF YOU GOT ARRESTED, WE CAN HELP. PLEASE CALL 561-963-2002 TODAY!

There are multiple prison release options including:

The surety bond is the agreement between a bail bondsman and a person to get a defendant released from jail. The bail agent then guarantees to the court that they are responsible if the defendant fails to appear for their court hearings.

The defendant is responsible for paying the entire amount of the bail to be released in cash to the clerk of courts and will receive this amount back at the completion of all court appearances.

If the judge is convinced the defendant is not a risk, he or she may release the defendant on his or her own recognizance. This is a signed agreement by the defendant promising they will show up for all future court appearances and not engage in any illegal activity.

If you accept SOR, you will be interviewed at the jail and,upon signing the paperwork, begin the release process.

Supervised Own Recognizance does require a personal visit to the SOR office once a week and they monitor your compliance. You are required to meet conditions imposed by the court, as well as assuring that the Court is aware if you violate any of your conditions, miss an SOR meeting or pick up a new criminal charge. Every week, there is a $10 SOR fee. Failure to pay this fee can put you back in jail for not complying.

Call any time of day or night, we’re here to help. Our experienced bail bond agents will post bail on behalf of your family member or friend in the State of Florida. We can help speed up the release process which makes this stressful experience a bit easier for you and your loved one in jail.